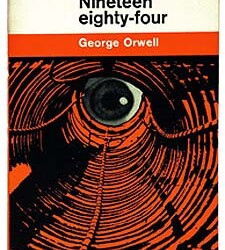 ‘The Beauty of Books’ – BBC documentary looks at iconic covers Originally shown on BBC 4, but sadly no longer available on the BBC iPlayer, this fascinating yet short documentary looks at the evolution of the book cover, including the myriad of designs for George Orwell’s classic ’1984′. Featuring  interviews with esteemed designers and experts, the documentary also discusses the impact books and their covers had and indeed still have on our society. We are also treated to designer David Pelham talking about his now celebrated design for Anthony Burgess’ ‘A Clockwork Orange’, a design that he never intended to be released as final, and one that Burgess himself apparently detested.

A clean and simple portfolio book for automotive photographer Dom Romney, designed by Sean Stone of Wonderful Machine. The book features full bleed images that tear out and act as ‘leave behinds’, complete with branding and contact details on the rear.   Images copyright Sean Stone/Dom Romney

A collaborative book project put together by The Designers Republic to celebrate the 5th birthday of Sheffield-based printers Evolution Print (who, naturally, took care of the printing). The book features contributions from several well-known designers, including Vaughn Oliver, Erik Spiekermann and Neville Brody, as well as some lesser-known names. Manchester-based designer Graham Jones was one of the contributors (big thanks to him for the images);

We were asked the question “What does five mean to you?” and were told to respond visually. We were also asked to write 25 words to accompany the visual piece. That was it.

The black cover features a spot UV handprint and is finished with a sticker. Check out some printing and production shots here. Read More →
Posted by admin In new graphics Comments 0